AS THE AMERICAN legislature and medical community continue efforts to stem the tide of the growing opioid crisis in our country, researchers are working diligently to highlight what a dangerous path doctors may be putting patients on when writing prescriptions for opioid medications to address chronic back pain as a result of a spinal condition. A new study published in the Journal of Bone & Joint Surgery indicates that the duration of pre-operative opioid usage was the strongest predictor of continued use after surgery. Other studies also paint an upsetting picture of spine surgery outcomes in patients who engaged in prolonged opioid use before surgery.

Opioid usage is on a steady rise in the United States over the last few decades, particularly among people who are affected by spinal conditions that result in severe or chronic back pain. Researchers have estimated that up to half of the people who undergo spine surgery are taking opioid medications at the time of surgery, with 20 percent possibly addicted to these medications. This is an essential topic for the medical community to pay significant attention to so we can help reduce patients’ dependence on and misuse of powerful opioid narcotics that aren’t intended for long-term usage.

The recent Journal of Bone & Joint Surgery study indicates that people who took prescription opioid medications for six months or longer before undergoing lumbar spine surgery were more likely to continue opioid usage after surgery. Nearly all of the patients studied had some exposure to opioid medications before surgery, and they were classified into four categories: exposed, acute exposed, intermediate sustained use and chronic sustained use. 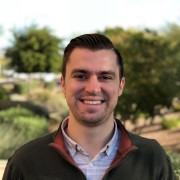 Mason began his career in the Orthopedic Industry in 2017 when he joined The De Angelis Group as a Research Manager. He has developed a strong network within the industry and is very dedicated to helping companies maximize opportunities and disrupt markets.

This website uses cookies to improve your experience while you navigate through the website. Out of these, the cookies that are categorized as necessary are stored on your browser as they are essential for the working of basic functionalities of the website. We also use third-party cookies that help us analyze and understand how you use this website. These cookies will be stored in your browser only with your consent. You also have the option to opt-out of these cookies. But opting out of some of these cookies may affect your browsing experience.
Necessary Always Enabled
Necessary cookies are absolutely essential for the website to function properly. This category only includes cookies that ensures basic functionalities and security features of the website. These cookies do not store any personal information.
Non-necessary
Any cookies that may not be particularly necessary for the website to function and is used specifically to collect user personal data via analytics, ads, other embedded contents are termed as non-necessary cookies. It is mandatory to procure user consent prior to running these cookies on your website.
SAVE & ACCEPT